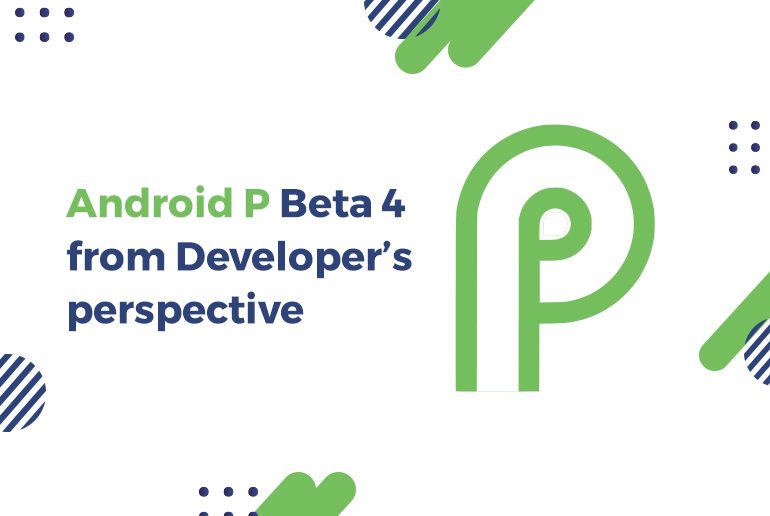 Android P Beta 4 is currently accessible for Pixel gadgets and top gadget. Introduce the beta on any supported gadget for testing and development or just to attempt Android P.

Android P introduces great new features and capabilities for users and developers. Let’s take a look at what’s in for developers.

An ‘AnimatedImageDrawable’ can be decoded with the new ImageDecoder.

Android P has added a platform for IEEE 802.11mc Wi-Fi protocol known by the name of Wi-Fi Round-Trip-Time (RTT). With this newly added feature you can take advantage of indoor positioning in your apps.

On Android P devices with hardware support, your apps can use the new RTT APIs to measure the distance to nearby RTT-capable Wi-Fi Access Points (APs).

Within a distance of  3 or more APs, multilateration algorithm can be used to estimate the device position. The result is typically accurate within 1 to 2 meters.

In-building navigation, fine-grained location-based services such as disambiguated voice control can be possible with this accuracy.

Android P provides support for the edge-to-edge screens with display cutout for camera and speaker. With the new

‘DisplayCutout’ class you can find out the location and shape of the non-functional areas where content shouldn’t be displayed. The existence and the placement can be found with ‘getDisplayCutout()’ method.

A new window layout attribute, ‘layoutInDisplayCutoutMode’, allows your app to lay out its content around a device’s cutouts. You can set this attribute to one of the following values:

Devices with dual-front or dual-back cameras, you can create interesting features like seamless zoom, bokeh, and stereo vision. The API lets you call a logical or fused camera stream that automatically switches between two or more cameras.

Session parameters are also introduced as a new feature that helps to reduce delays during initial capture.

ImageDecoder for drawables and bitmaps

ImageDecoder is added to Android Pto provide an innovative approach for decoding images. ImageDecoder can be used to decode an image rather than the BitmapFactory and BitmapFactory.Options APIs.

ImageDecoder lets you create a Drawable or a Bitmap from a byte buffer, a file, or a URI.

ImageDecoder has many other ways that allow you to further enhance the image. For example, you can use the ‘setPostProcessor()’ method to modify the appearance of the image, such as applying a circle mask or rounding corners

A number of new security features are introduced in Android P. A unified fingerprint authentication dialog and high-assurance user confirmation of sensitive transactions.

In Android P, you can now record system traces from your device. System tracing allows you to capture timing data for each process that’s running on an Android device and to view the data in an HTML report. It is useful for identifying what each thread is doing and for viewing globally important device states.

Android P introduces several enhancements to notifications, all of which are available to developers targeting Android P and above.

Simplified support for conversation participants. Many other APIs, such asaddMessage(), now hold the Person class instead of a CharSequence. The Person class also supports the Builder design pattern.

The app can retrieve the ‘EXTRA_REMOTE_INPUT_DRAFT’ sent by the system when a user inadvertently closes a messaging notification and save replies as drafts.

‘setGroupConversation()‘ can be used to purposefully identify a conversation as a group or non-group conversation.

Use ‘RemoteInput.setChoices()’ to provide an array of smart reply to the user